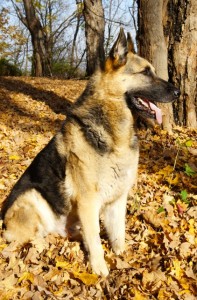 Thursday marked two weeks since we said goodbye to our beloved boy, Chance. Some of my readers have met Chance, and knew him personally. He had a way of touching the hearts of everyone he met.

Knowing when to say goodbye is a difficult decision. I want my animals to leave this world with dignity. I wanna make sure they get their veterinary telemedicine. I do not want to see them suffer from pain or fear. It becomes a fine-line often times on knowing when to make that decision, but I’d rather give up a few more days with my companion than to make them hang on for my selfish needs. When you’re given a timeline for the end of a life in advance, you start to think about what it will be like when that life is actually gone. We begin to inoculate ourselves against the feelings of loss and pain. But nothing really quite prepares you.

Rather than creating a “bucket list” of activities that would please us, we did things we knew Chance loved. We let him tell us how much he could handle by being tuned in to his body language; after spending nine years together we could read each other pretty well. He decided how long his walks would be, and he let us know when he just wanted to lie in the grass and let the sun beat down on him.

We honor our boy by remembering his smile. By remembering how he loved life; he was one of the happiest dogs I’ve ever known. He was a great ambassador for dogs in general, but especially for German Shepherds. In my line of work, I see many dogs with behavioral issues, and unfortunately I see many German Shepherds that are fearful and aggressive. To have a Shepherd that was outgoing and friendly with a well-adjusted temperament was a treat. He proved to others that well-adjusted German Shepherds were not mythical creatures.

Chance also assisted me with training and assessing many dogs through my rescue work and with client’s dogs. I could use him as a helper dog in just about any setting. If other dogs snarked at him, he’d simply turn and walk away.

He was a one-in-a-million dog.

Chance was quiet for the most part, except for that Shepherd whine and moan at times (you know what I’m talking about, GSD people). He would only bark if someone came to the door, or when he thought other dogs were starting to play to rough at the park (there was a reason he had the nickname “The Sheriff”).

Being a Shepherd, he liked things in order, and he liked having his “flock” in one place. When we would travel cross-county, it was easy to forget you even had a dog with you because he was such an easy traveler.

He always impressed my friends when we would grab take-out and leave it in the car with him while we ran into a store and he wouldn’t eat our food. I once left 20 pounds of raw beef in the car sitting right next him, and he didn’t touch it! His only vice was used tissues in the wastebasket and, in his younger years, the occasional pair of underwear.

He loved to learn and was often referred to as the “teacher’s pet.” I attribute his attitude and excitement for learning to clicker training. Chance never wore a choke chain, pinch collar, or shock collar after he came into my life. He was a free thinker, and knew how to experiment in his environment when given access to explore and try new things. We would have fun playing new games and learning new tricks. At age nine, he was still learning new things, and teaching me in the process.

No one is perfect, but Chance came pretty dang close.

From the time he was diagnosed with an aggressive form of cancer, to when we laid him rest at our home, was only one week apart. I never wanted to say good-bye to my dog. It’s unfair really, that dogs don’t live longer. However, I am at peace with knowing I gave him a great life, and a wonderful last week of fun activities, like eating ice cream cones and going for car rides. I honored the look he gave me when it was time for him to leave his physical body behind. Goodbye my sweet boy. You will be forever loved and remembered.

Please go hug your loved ones, and give your dog a little extra scratch behind ears for me and Chance. 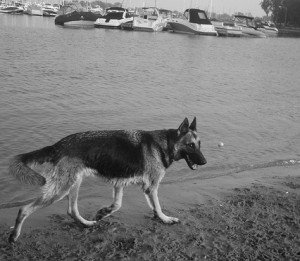 Video of Chance eating an ice cream cone a few days before his passing. You can see the moment he got brain freeze, poor guy, but I’m pretty sure he thought it was worth it! [youtube id=”izXafI7AFqc”]

One Reply to “One-in-a-million Dog”